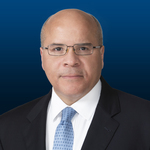 Nicholas F. Van Valen was born in Brooklyn, New York.  After graduating from Culver Military Academy, in Indiana, he went on to graduate with a B.A. from the University of Victoria, in B.C., Canada, and immediately obtained a second B.A. from Simon Fraser University, in Burnaby, B.C., Canada.   He then went on to obtain his J.D. from the Quinnipiac University School of Law, in Hamden, Connecticut.

After entering the private sector, Mr. Van Valen worked at several law firms and for a major insurance company. He has participated in numerous civil jury trials representing both plaintiffs and defendants, in state and federal courts in Florida, involving a range of issues from serious motor vehicle accidents leading to multiple fatalities and debilitating injuries, to dangerous conditions on premises leading to serious injury.  He has handled cases involving car and motorcycle accidents, wrongful death, defective products, negligent security, assaults, and injuries aboard cruise ships.

Mr. Van Valen is admitted to the Florida Bar, and is a member of the State Bar of Georgia.  He brings to each case his years of trial experience, and his vast knowledge gained from having represented both major insurance companies, and those seeking to recover for their injuries.