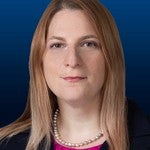 In her legal career, Sara worked for Magistrate Judge Barry L. Garber at the United States District Court of the Southern District of Florida and for Chief Judge Juan Ramirez, Jr. at the Florida Third District Court of Appeal. She also volunteered at a detention center, where she taught law-related subject matter to incarcerated high school-aged students. Sara worked at the Miami-Dade Public Defender's Office, where she handled a variety of criminal cases and at a firm focusing on civil rights violations, including violations of the Americans With Disability Act and Fair Housing Act. Sara also worked as a civil litigator on the defense side, before pursuing her passion as a Plaintiff's lawyer and helping others.