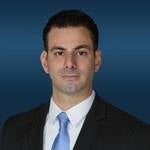 Following his four years at Richmond, Mr. Poulopoulos attended the University of Miami's School of Law. During his studies at UM, Mr. Poulopoulos was inducted into the Phi Delta Phi International Legal Honors Fraternity, served as the law school's American Bar Association Representative from 2009 to 2010, and was Speaker to the Senate of the Student Bar Association from 2010 to-2011. In 2011, he was named Senator of the Year for his ongoing dedication to and governance of the law school's student body.

Mr. Poulopoulos began his legal career at the Law Offices of Corredor, Husseini & Snedaker, P.A., in Miami, Florida. He spent several years litigating Plaintiff's Personal Injury Protection (PIP) cases where he gained invaluable courtroom and deposition experience. In 2015, Mr. Poulopoulos became the managing attorney of The Schiller Kessler Group's Personal Injury Protection department. During his tenure, Mr. Poulopoulos has been responsible for discovering and developing several breakthrough issues for the Plaintiff's PIP bar. He is often called upon to litigate major motions for other Plaintiff's firms and has counseled attorneys on litigation tactics.

Mr. Poulopoulos is dedicated to ensuring that his clients are exceptionally represented. He advocates vigorously on behalf of his clients to ensure that they receive proper and just compensation for medical services provided to their patients throughout Florida.