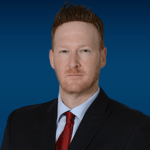 Scott Cohen, managing attorney for the firm's Workers' Compensation Department, focuses his practice in the areas of workers' compensation, social security disability, and employment/labor law. He received a law degree from Nova Southeastern University in Fort Lauderdale in 2002, and a bachelor's degree from University of Miami, in Coral Gables, FL, in 1998.

Upon graduating from law school, Mr. Cohen worked as an associate at a prestigious law firm specializing in defending workers compensation claims. After eight years of defending workers compensation claims for insurance companies, Mr. Cohen left that firm and began his practice representing injured workers with the Schiller Kessler Group. Mr. Cohen has used the vast experience and knowledge gained from many years of representing insurance companies to now aggressively pursue claims for injured workers across the state of Florida.

Mr. Cohen's professional affiliations include serving as a current member of the Florida Workers Advocates and Broward County Bar Association. In the past, Mr. Cohen has offered continuing education to his fellow members of the Bar and members of the Judiciary as well as claims representatives and employers alike within the workers' compensation field. Mr. Cohen devotes time to several charitable organizations, including serving as a current member of the Friends of 440 Scholarship Fund.