The Litigation Process of a Personal Injury Claim

Many personal injury claims resolve and settle before ever going to court. However, when good faith negotiations fail, and someone feels like they are still not being offered enough to compensate them for their medical bills, lost wages and pain and suffering, a lawsuit is sometimes the most effective course of action. The process that eventually leads to a jury trial if the parties can't come to an agreement is called litigation.

Below is a broad-stokes overview of what is involved when a personal injury case goes into litigation. 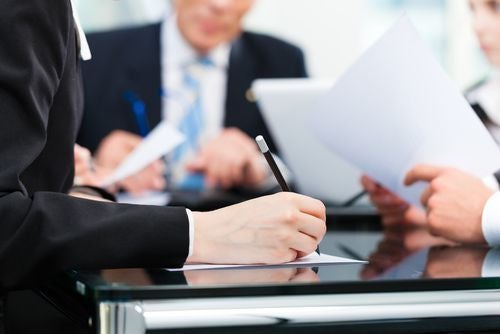 A lawsuit begins when a complaint is filed by the plaintiff and answered by the defendant. This document lists the grievances of the suing party and outlines what they seek to recover. Besides identifying the parties that will be involved in the lawsuit, it also lays out what will be proven at trial.

Lawsuits for claims valued at less than $15,000 are filed in county court, while those seeking more than that amount are filed in circuit courts.

At the end of the day, the aim of our legal system is to seek justice. All parties to a lawsuit, including witnesses or others involved in any way, must be completely open about any evidence that they have related to a lawsuit. Discovery ensures that both sides put all their cards on the table. This is can be done orally or in writing.

On the other hand, information can also be obtained by way of a deposition – a live interview taken under oath.

Some information should be kept from being disclosed if it falls under certain protections, an attorney can help best determine and preserve these kinds of objections.

A lawsuit can settle at any time. If something is uncovered during the discovery process, parties are free to re-evaluate their positions at any point during the lawsuit.

To encourage settlement and unclutter the court systems, courts often order that the parties attend a mediation before going before a jury.

A mediation is an informal and confidential meeting held before a mediator, an impartial person who listens to both sides and helps them negotiate.

After each of the parties argues their case to the mediator, they are separated into different rooms. The mediator then goes back and forth communicating offers or other messages between the two sides.

Ultimately, the case either settles or it doesn't. If it settles the lawsuit is over. If no settlement can be agreed upon, the case moves toward trial.

A trial is what most people imagine when they think about a lawsuit. A judge supervises proceedings while each side pleads their case to a jury.

Pictures, medical records, surveillance videos, and testimony are all examples of the type of evidence that can be presented to a jury.

In personal injury lawsuits the jury is typically made up of seven people, six jurors and one alternate. The alternate is there so that if any of the six jurors can't see the trial through to the end for any reason, a verdict can still be rendered without having to start over.

Once all the evidence has been presented, the jury retires to a private room to discuss what they have seen and heard, and stay there until they have reached a verdict.

Litigation is complex, which is why having an attorney experienced in litigation is always a good idea. The attorneys at the Law Offices of SKG will help walk you through this process when a settlement cannot be reached. Our phone lines are open 24/7. Feel free to give us a call at (800) 350-FIRM for a free consultation.